A classic joke on social networks (especially on Twitter), every December 25 is to celebrate “the birthday of one of the most important people in history: Sir Isaac Newton.” What’s more, even DeGrasse Tyson once posted this comment on his account. 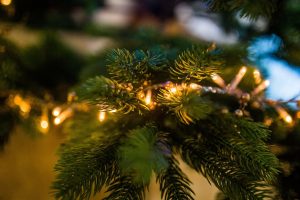 Although it is historically accepted that Newton was born on a morning of December 25, there is a small detail that many overlook …

Getting to the point, so Newton was born at Christmas?

The answer is: no, he was not born on Christmas Day. But how did this idea come about?

The main reason for the confusion of Newton’s birth is because, indeed, he was born on December 25, 1642 in the county of Lincolnshire, United Kingdom, but the detail is that he was born under the Julian calendar and not the Gregorian.

To put in context, the calendar we use now, the Gregorian calendar, emerged in the late 16th century.

This change was due to the fact that the previous calendar, the Julian (used since the 1st century BC), had a margin of error of approximately 10 minutes per year. That is, there was already a total lag between dates and seasons as a result of this tiny error.

To fix the problem, the calendar was traversed a few days and an extra day was added to the month of February every four years (leap year).

Although by the year 1582 much of Europe had already adopted this new calendar, in the United Kingdom as in predominantly Protestant countries, the Julian calendar was still used. As a curious fact, the Protestants considered that the Gregorian calendar was “a plot of the Catholics”, so they kept the old calendar for almost two centuries.

So when exactly was he born?

Already doing the readjustment, the exact date of the birth of Isaac Newton in the calendar that we use is January 4, 1643.

By the way, for a long time it was believed that Newton was born in the same year of death as Galileo. Although it is true that Galileo died on January 8, 1642, the detail is that this date is from the Gregorian calendar.

In short, although we now know that Isaac Newton was not born on December 25 of our calendar, but almost a month later, surely mysticism and the easy joke (why not?) Will make us continue to celebrate his birthday at Christmas .

We want to become a platform that makes the best use of the internet. These blogs are made exclusively for the person that spend most of the time on the internet but never learn something that is informative.